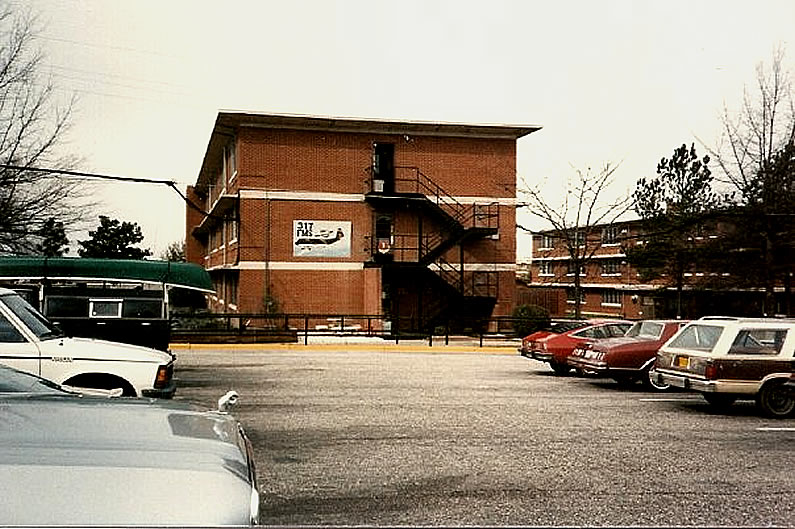 Paul recalls the show with these words:

We had a film crew and stage from Hollywood come to Pope in 1987 to do a Bob Hope at
Pope AFB Birthday party event for television. This was later televised on
TV. I was there in the second row. President Reagan flew in to wish him
a Happy Birthday also. The cast was Glen Campbell, Lucille Ball, Emanuel
Lewis, Don Johnson, Barbara Mandrel, and Brooke Shield.

Photo of LAPES drop submitted by Dan Reynolds and made for distribution to the 1980-81 317th AMS Squadron at Pope AFB.

A parachute drop at Fort Bragg during a Firepower Demonstration.           Photo by Dan Reynolds

A view from the hilltop at Lajes AFB. This was a crew rest stop for the Mildenhall rotations out of Pope.        Photo by Dan Reynolds